Angie Craig, former president of the St. Jude Medical Foundation, recently joined the board of the Inver Hills Foundation at Inver Hills Community College. Angie served as vice president of global human resources and corporate relations at St. Jude Medical for more than a decade. In 2016, she narrowly lost a bid for the U.S. House of Representatives representing the 2nd Congressional District of Minnesota.
Angie joined St. Jude Medical in May 2005 as vice president of communications with overall responsibility for all external and internal company communications, including media and investor relations. Her duties were later expanded to include U.S. government affairs and management of St. Jude Medical’s health policy activities. Until 2014, she led Global Human Resources at St. Jude with responsibility for a workforce of more than 16,000 employees in 100 countries. In early 2017, Abbott Laboratories bought St. Jude, a world leader in the medical device industry. 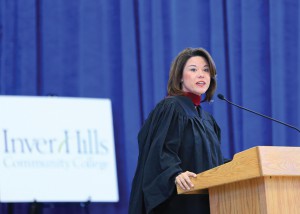 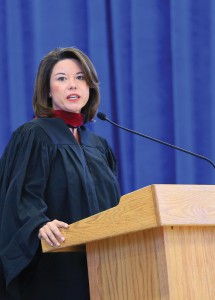 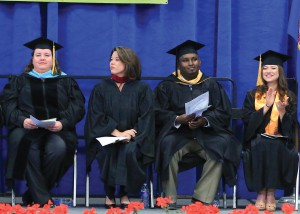 About the Inver Hills Foundation

The Inver Hills Foundation is committed to educational excellence. The Foundation promotes the college by creating and enhancing partnerships and community networks that build capacity to secure financial and other resources. The Foundation advances the Inver Hills mission while assisting students, faculty and staff in the pursuit of their academic and career goals.

Mission statement: We cultivate resources to help students start their journey, stay the course, and succeed in life.

In FY 2016, the Inver Hills Foundation provided financial assistance to more than 340 students. The Foundation awarded more than 160 scholarships, delivered emergency financial aid, supported nearly 90 students via the TuitionMatch-MN, and provided close to $200,000 in support of various college programs.

Before joining St. Jude, Angie served as a senior executive in corporate affairs at Smith & Nephew, a medical devices company headquartered in London, England.
Angie began her career as a reporter for The Commercial Appeal, a newspaper based in Memphis, Tennessee. She holds a B.A. in Journalism from the University of Memphis.
Angie and her wife, Cheryl, reside in Eagan, Minnesota. Together, they have four boys, Josh, Jonas, Jacob and Isaac. Three are in college and one will be a freshman at Rosemount High School in 2017.