For more than 50 years, Douglas (Doug) H. Differt, P.E., has helped keep Minnesota on the road to the future through his leadership and engineering work in both public and private sector roles. Doug’s work is being honored through the naming of the Douglas H. Differt Math Center and the creation of an endowed scholarship for students studying Science, Technology, Engineering and Mathematics (STEM). A former MnDOT deputy commissioner and chief engineer as well as a private consultant, Doug continues to inspire Minnesota’s future leaders through this important partnership between industry and education.
Located in the Learning Center on the second floor of the Library building on the main campus of Inver Hills Community College, the Douglas H. Differt Math Center provides accessible walk-in services for students currently taking math courses at the college. Working independently or in groups, students master math concepts and broaden career options through the study guidance of professional and peer tutors.
Doug Differt understands the importance of mastering math skills on the path to STEM careers. Because math can be an intimidating subject for many students, Doug is happy that Inver Hills has a Math Center with a full complement of resources, including math faculty onsite as well as reference books, solutions manuals, study guides, tests and answer keys. A variety of math equipment, including graphing calculators, are also available for use in the center.
Tim Wynes, J.D., president of Inver Hills and Dakota County Technical College, welcomed guests to the dedication, including Jan Differt, Doug’s wife. Also on hand were:

Gail Morrison, executive director of the Inver Hills Foundation, reported that Phase II of the endowed scholarship has made strong progress over the past few months.
“The D3M Endowment will be offering its first four scholarships fall semester 2016,” Gail said. “Each scholarship will be $1,500. Two will be for Inver Hills Community College students enrolled in the Engineering Fundamentals and Construction Management programs, and two will be for Dakota County Technical College students enrolled in the Civil Engineering Technology and Heavy Construction Equipment Technology programs. Once all pledges and matches are paid, the endowment will have $547,000, which is enough to auto-fund ten scholarships, five for Inver and five for DCTC, in perpetuity.”
Gail also noted that the endowment featured its first intern, Charles Feng, an Inver Hills sophomore working at WSB & Associates during the summer of 2016. A professional consulting and design firm headquartered in Minneapolis, WSB & Associates provides engineering, planning, environmental, and construction services to clients in the government, energy, and commercial markets.
“Our goal is to have five interns at each college by 2017,” Gail said. “We plan on doubling that number by 2010.”
Other D3M Endowed Scholarship goals include refining career pathways so that graduating students have the skills employers need to compete in the global marketplace. Adjusting college curricula to meet industry demands gives graduates more career options and higher earning potential while strengthening the overall national economy.
“We are working with area high schools to build career paths to high-paying STEM occupations,” Gail added. “We want students to learn about rewarding career opportunities in STEM as early as possible.”

To learn more about the D3M Endowed Scholarship and the Inver Hills Foundation, contact: 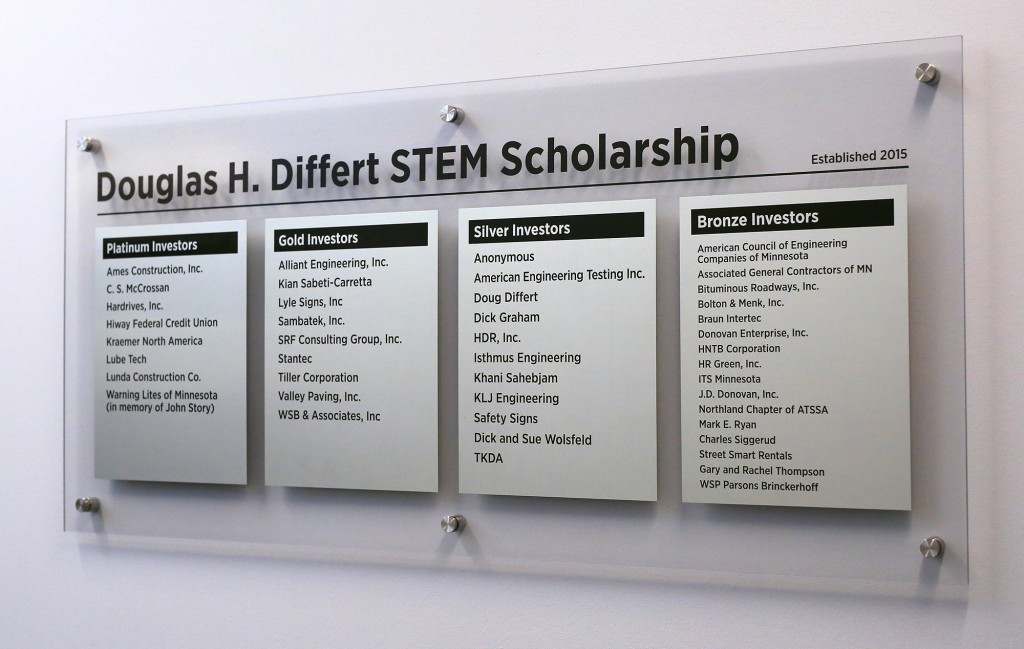