Patrick McAleer, 39, has taught English courses at Inver Hills Community College since 2009. Patrick began his teaching career in 2004 at Clemson University, where he earned his M.A. in English. His thesis, Pride Goeth Before a Fall: Reconsidering Traditional Interpretations of Robert Browning’s “Child Roland to the Dark Tower Came,” foreshadows Patrick’s scholarly work on the American novelist, Stephen King. Roland Deschain, the last gunslinger, is the protagonist of King’s The Dark Tower series.

Patrick went on to complete his Ph.D. in English at Indiana University of Pennsylvania in 2012; he has a B.A. in English from Western Washington University. His extensive studies of the Stephen King multiverse have produced numerous books, edited collections, journal articles and book chapters, book reviews, conference presentations, teaching and speaking engagements, and writing workshops.

“Déjà vu Destroyed: On Stephen King’s The Institute,” Patrick’s most recent review, appeared in The L.A. Review of Books October 12, 2019. He will be giving the presentation, “The Art of the Con: Stephen King’s Cheap Magic,” at the Annual Joint National Popular Culture Association/American Culture Association Conference April 15–18, 2020, in Philadelphia, Pennsylvania.

“Only a handful of scholars have paid attention to King over the last several decades,” Patrick said, “and he has been one writer that I have constantly returned to for pleasure reading, so I decided to, well, gamble a bit and study King instead of, say, Shakespeare or Milton.”

Learn more about Patrick McAleer’s publications and other works by browsing:

English courses at Inver Hills prepare you to think critically and write academically about a wide range of topics. Our courses not only fulfill five goals in the Minnesota Transfer Curriculum (MnTC), but also help you develop the writing skills you need to succeed in your future collegiate and career endeavors. 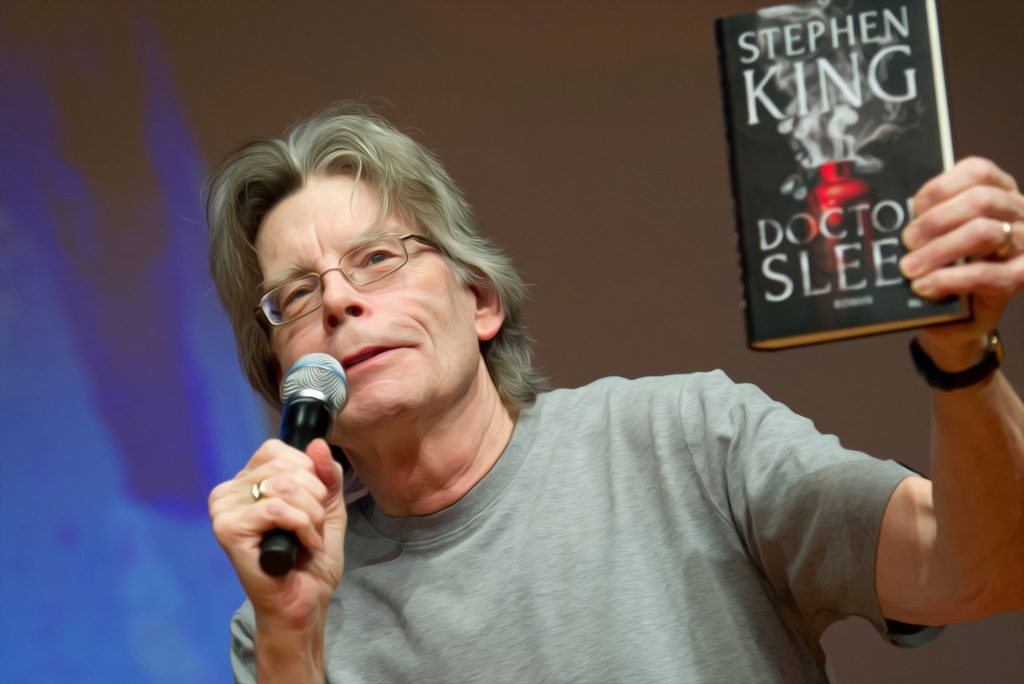 Originally from Spokane, Washington, Patrick grew up in the Seattle area. That geographical circumstance does not make Patrick a Seahawks fan; he has rooted for the Denver Broncos for as long as he can remember.

Patrick’s parents, siblings and friends reside for the most part in the Pacific Northwest. He has one dog, a 9-year-old rescue Pomeranian named Whitey.

When he’s not teaching or writing, Patrick enjoys hanging out with Whitey. He also enjoys playing videogames from such series as Madden NFL, Final Fantasy and Borderlands, as well as playing poker and gambling.

“I like revisiting my favorite forms of entertainment,” he added, “namely Calvin and Hobbes, George Carlin and Married…with Children.”

What is one thing every English major should know?
Every English teacher teaches differently. With respect to writing, some teachers are hyper-focused on grammar, some may require extensive research for short papers, and some (like me) have specific likes/dislikes, such as how I despise certain words within formal academic writing, including: we, our, us, you, behoove, impact, concur, and fact.

What is the most important attribute of a writer?
Honesty. If a writer is able to have a clear understanding of his/her style, knowledge, strengths, and weaknesses, writing should become a bit easier for individuals.

For example, I know I have a tendency to write extremely long sentences, and while, in some cases, an exceptionally long sentence can be clear, useful, and profound, sometimes a shorter sentence is more readily welcomed by the reader instead of a sentence that takes up several lines, perhaps has numerous subordinate or non-restrictive clauses, multiple semicolons, or other potentially distracting elements that may be considered important by the writer and, then, at least in my case (as a writer) necessarily included in a single sentence; however, brevity is not a bad trait for a writer to have.

Three words that describe you as a writer:
LONG-WINDED. RELUCTANT. DETAILED.

What do you like best about teaching writing and literature courses?
Probably the best thing is when a student learns something new and it changes their life in one way or the other. I know when I was a freshman many, many years ago, my life changed when my freshman English teacher told me that I did not have to write a five-paragraph essay for my papers in her class (thanks, Ms. Adams!), and when those restraints were removed, my writing changed immensely.

By the same token, while I can never really anticipate what sort of content or lessen will have a lasting effect on a student, there always seems to be something that just sticks with each student, whether it is a single line of poetry, dispelling a certain myth about college-level writing, or just helping a student write an A paper.

What is the most challenging aspect of teaching at the college level?
Grading papers. The time and care that goes into grading is an exercise in endurance, to put it lightly.

What advice would you give students thinking of making writing or writing education their career path?
Again, just be honest with yourself. I hate to sound pessimistic, but being either/or/both a writer and writing educator does not always have many openings. If someone has dreams of being a writer and, say, “making it big,” I say Dream Big! But, as the old saying goes, reach for the stars…but keep your feet on the ground.

Who is your favorite writer?
Besides Stephen King? I’d probably say Woody Paige, a sportswriter based in Denver. Some folks may recognize him from the ESPN show, Around the Horn, as the goofy guy with a chalkboard in the background with various witticisms (like “An Unemployed Jester Is Nobody’s Fool”), and as I have been a Denver Broncos fan my whole life, I have read Woody’s work for years (even before the Internet…my wonderful grandparents, who live in Denver, would send me all sorts of Broncos articles throughout the late 80s and 90s, and I discovered Woody’s writing and just loved it).

Norman Chad is also another sportswriter who I enjoy, but now he mostly serves as a color commentator on ESPN during the World Series of Poker each summer, but does so with the same sense of flair and sarcasm that one would find in his writing.

What three novels would you want to have along if stranded on a deserted island? I am going to cheat and say, first, Stephen King’s The Dark Tower series (currently at eight books with the potential for at least one more); I am also going to cheat with my second choice, which would be a series of books my best friend, Matt Campbell, wrote titled The Chosen of the Light; and, last, I would have The Club Dumas by Arturo Pérez-Reverte.

How would you describe your teaching style?
I am a fairly laid-back instructor. While this may pose problems if, say, a student chooses to play on his/her phone during class as I hate policing folks, I generally find that being friendly (and a little sarcastic) helps to keep attention.

How would you describe your writing style?
As noted previously, my writing style typically begins with fairly looooong sentences as I like to provide several talking points within a single sentence before moving into the finer details. I do this so that my audience has a bit of a subtle preview to forthcoming content so that the reader can begin to anticipate connections among all the points that I will be covering (and because I dislike quick, choppy sentences like: “I have a dog. His name is Whitey. He has white fur. He hates hot weather. He likes French fries.”).

Beyond my verbose style, I also always try to have a “mic drop” moment with the last line of my writings. If I can end with a catchy, memorable last line, that (cheap) tactic helps readers to remember my writing.

What is your highest goal as a writer?
To one day actually like the writing process. As I always tell my students, I hate writing…but I love completing a piece of writing.

One word that best describes your experience teaching at Inver Hills:

What is your favorite book, article or review you’ve written about a Stephen King work?
Probably my most recent anthology chapter titled “Untangling the True Knot: Stephen King’s (Accidental) Vegan Manifesto in Doctor Sleep.” The (accidental) use of vegan philosophy, so to speak, within this novel is wonderfully revealing of how humans have a problematic tendency towards believing that they are special, superior creatures, and the humility that King promotes within this book is, to me, an important pathway towards introspection that I think we all need from time to time.

What is Stephen King’s greatest strength as a writer?
Humor and Honesty. King has a pretty warped sense of humor, and he is not always flattering in his character creations, which is refreshing.

What is Stephen King’s best novel?
Most academics and readers will probably say The Shining, and I would probably agree. But my favorite is The Colorado Kid. (Spoilers upcoming.) It is a murder mystery with no resolution, and King anticipated that readers would not be pleased with this lack of clarity or answers, but I found it to be excellent. Sometimes we would do well to figure things out for ourselves instead of having a writer spoon-feed information.

What movie or series is the best adaptation of a Stephen King work? None of them. I am a bit of a “purist” and tend to focus on just the books, so I am pretty darn opinionated here. But, if forced to give an answer, I would cheat again and say Storm of the Century as this was not an adaptation and was created as a cinematic work.

Three words that describe you as a college educator:
LONG-WINDED. CHILL. FRIENDLY (I hope).

Who is Stephen King’s most fascinating character and why?
Randall Flagg. This is the villain of The Stand and The Eyes of the Dragon and has appearances in several other novels, but he is not just sort of evil dude with red eyes and an appetite for destruction. King actually provides a few key lines of backstory for this character/antagonist when he appears in The Dark Tower series that makes him, at least to me, a bit of a sympathetic villain. And while I hardly condone what Flagg does when he appears in King’s work, I do not automatically hate him, which is a bit of a weird feeling to have towards someone who is largely despicable.

Who is Stephen King’s scariest character and why?
Greg Stillson from The Dead Zone would probably have my vote. He is not supernatural, he is not a serial killer, but he is a dangerous individual with delusions of grandeur and a slick charm that is frightening. And folks who think too highly of themselves, and are able to hide that arrogance while still projecting a smile, are quite scary because you do not always see them coming.

Who is Stephen King’s most heroic character and why?
There are several I could name here like Dolores Claiborne or Trisha McFarland, who are two female characters who carry a sense of strength and endurance that is inspiring in a male-dominated world. But I would probably cast my vote for either Seth Garin of The Regulators, an autistic child who ultimately sacrifices his life to save his neighbors from the threat of an otherworldly evil entity, or Avery Dixon of The Institute, a lonely child who also sacrifices himself to save his newfound friends from death.

Sacrifice is easily a heroic act, but as King writes about children who do so willingly, and subsequently choose to give up years and years of unrealized futures, this overshadows many other sacrifices that King’s adult characters choose.

What novel would you most like to see Stephen King to write?
I want another Dark Tower novel. He alluded to the idea of a ninth book at a signing event a while back, and I would just love to jump back into this world. 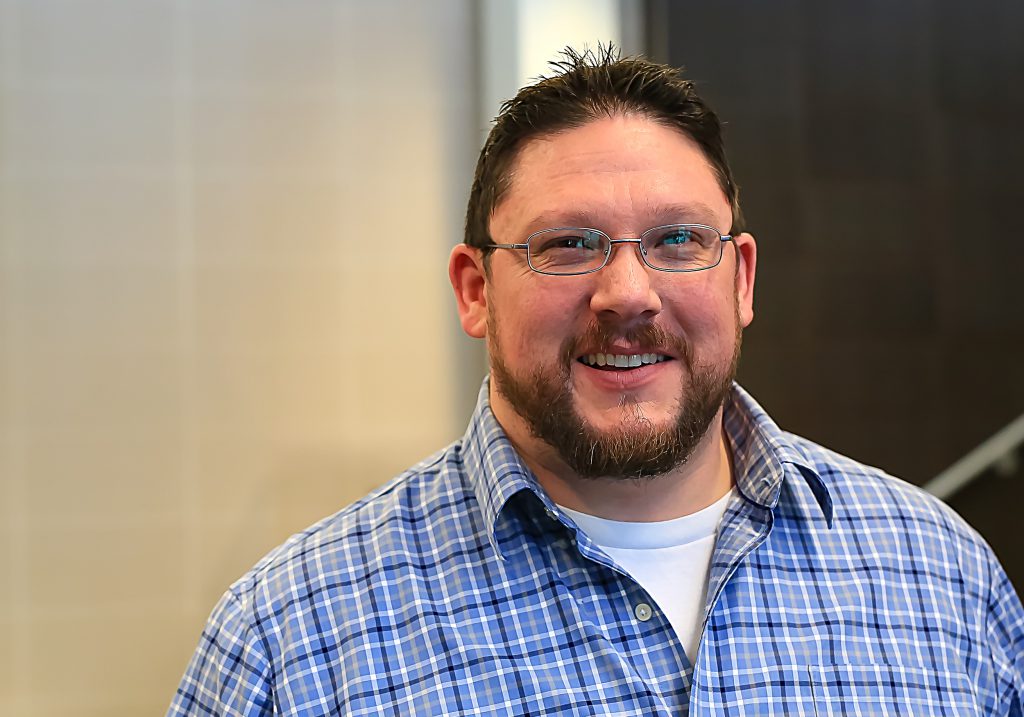 Learn more about English courses at Inver Hills by contacting: 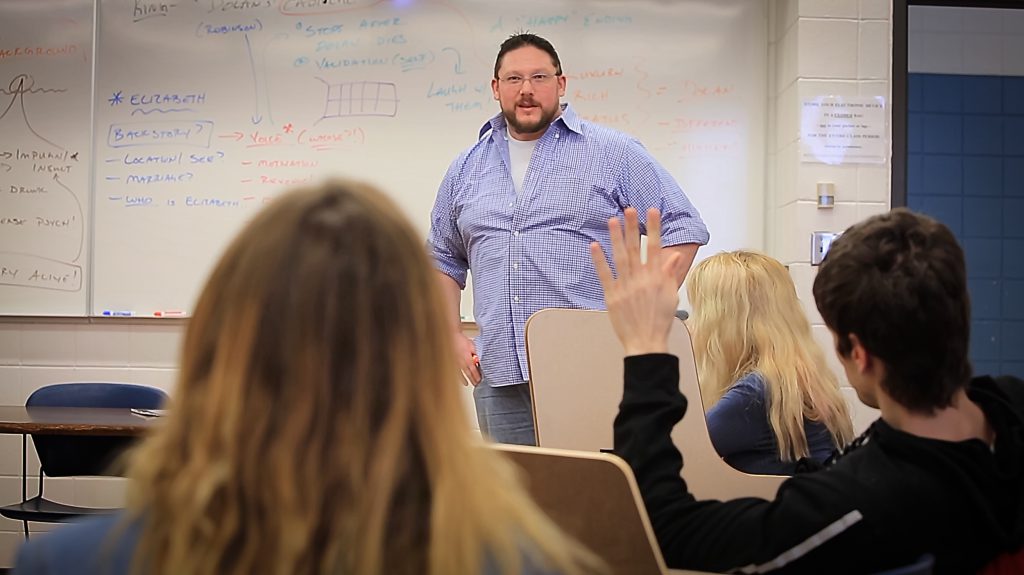