The following story was published February 20, 2020, on the ASA Newsletter, Academic & Student Affairs at Minnesota State.

How we created an innovative, high quality, open educational resource

On the first day of class, I frequently ask my students to write on a note card how they would define anthropology. The responses are always interesting. Many accurately state that anthropology is the study of what makes us human. Others recognize that anthropology has something to do with bones, or cultures, or artifacts. Invariably, there are always students who have signed up for my anthropology courses who have no clue what they will study.

This isn’t a quip about students’ lack of pre-collegiate exposure to the discipline. It is more than that. It’s a reflection of access and exposure to anthropological knowledge. As is the case with many disciplines, the vast body of anthropological knowledge is trapped behind paywalls, subscription services and publishing houses. This is privileged knowledge, available only to those who can pay for access. Ultimately, these costs function as a significant barrier.

In 2016, I conducted an informal survey of nearly 250 students enrolled in my anthropology courses. I learned that roughly 70 percent had trouble paying for their textbooks; 55 percent divulged that they sometimes delayed buying textbooks or opted not to buy them altogether because of the costs. As one would expect, nearly 80 percent of those who delayed buying textbooks believed this negatively affected their learning and grades (see Nelson, 2018). I was shocked. I did some digging and found a number of national surveys on the impact of textbook costs and they all seemed to produce similar results.

Most troubling, I learned that the costs of textbooks for college students in the United States have risen faster than inflation, tuition, and the cost of housing, increasing some 800 percent between 1978 and 2012. I found other studies that demonstrated that textbook costs can impact how many classes students take and which courses they choose. I was motivated to change things for my students.

We all deserve to understand the science of what it means to be human!

In 2017, following a conversation sparked at the American Anthropological Association’s annual conference, I connected with a group of anthropologists from around the country who were equally driven to adopt open access to anthropology textbooks. Motivated by the lack of existing open educational resources (OER) in our discipline, and the recent success of a cultural anthropology open textbook, Perspectives, an Open Invitation to Cultural Anthropology (for which I wrote one chapter and co-wrote another), we decided to create a new OER.

Our goal was to produce a peer reviewed, multi-authored, open introductory biological anthropology textbook. We wanted the textbook to be high quality, accessible to first and second year college students, free to use, easily adaptable and always available on day one of the semester. Together we (the four editors) brought decades of teaching experience to the project as well as a commitment to creating a resource that speaks to our students, and sparks their interest in scientific inquiry and anthropological discoveries.

Importantly, we were also motivated to create a learning resource that supports the goal of social justice in higher education. This goal aligns with a guiding perspective in anthropology: cultural relativism. That is, anthropologists feel that we must understand cultural difference from the insider’s perspective, rather than from our own perspective, and refrain from passing judgement on others’ cultural behaviors and worldviews. This has both pragmatic and ethical underpinnings for anthropology.

Practically, we cannot reach sound conclusions about human nature by looking at only one dimension of human life or one perspective. Ethically, anthropologists are bound by the obligation to ‘do no harm’; we ought to support the dignity, integrity and wellbeing of the people (and animals) we work with and the students we teach. These disciplinary commitments overlap in many ways with social justice in education, which includes (for us) ensuring  equitable and quality anthropological learning materials that are available for all students.

When we received the Minnesota State Educational Innovations grant of $24,900 after the 2018 Shark Tank Open, our project really took off. Using our connections within various professional anthropology organizations and through social media, we recruited 41 authors, all specialists in their field and with significant teaching experience. We hired an illustrator to create original illustrations, three copy editors and a cover art designer.

The authors include a range of specialists with diverse backgrounds, experience, genders, ethnicities and perspectives. Well-known and respected biological anthropologists such as Jonathan Marks and Karen Strier contributed, as did faculty with extensive teaching experience as well as specialists in various areas of biological anthropology including those who worked on recent breakthrough discoveries and finds.

The project was very collaborative in its design. Forty-eight peer reviewers from throughout the world (all professional anthropologists or specialists in biological anthropology) volunteered their time and expertise to review each chapter. Through one editor’s institution, California State University, Chico, we worked with an on-campus program (GeoPlace) to identify a student cartographer who produced a series of extraordinary maps. Another editor’s institution, the University of Hawaii, offered free access to their PressBooks software, which we used to format the chapters and produce the ebook.

The American Anthropological Association agreed to serve as our publisher, produce and distribute at-cost print copies of the book and host our website. In addition, the Society for Anthropology in Community Colleges (a section of the American Anthropological Association), provided seed money and offered to help sustain and coordinate future editions of the book through their network of anthropology educators. Late in the project, we were also fortunate to receive a grant from one of the editor’s institutional consortia, Academic Senate of the California Community Colleges (ASCCC)–OER Initiative to produce ancillary materials for the book including PowerPoint lecture slides and a test bank.

While the project has not been easy, it has been deeply fulfilling and welcomed by our colleagues. Despite full-time teaching commitments, working in three different time zones, experiencing major wildfires, a hurricane, a wedding, two moves, deep freezes and raising children, it has taken hundreds of hours to complete. But the end result is very exciting. Explorations: An Open Invitation to Biological Anthropology is the first, comprehensive, open-access biological anthropology textbook.

Explorations officially launched on December 21, 2019, and in this short time over 30 faculty (including a few entire departments) from institutions across the U.S., Canada, have indicated they have adopted the book. These adoptions reflect an estimated cost savings of $125 per student. This project is a testament to the promise of collaboration and networking with like-minded people. In the context of a publishing landscape with so few OER in anthropology, my co-editors and I remain committed to doing what we can to broaden this portfolio in the future.

The first comprehensive, peer-reviewed open access textbook for biological anthropology courses. Produced with support from the Society for Anthropology in Community Colleges (a section of the American Anthropological Association) and a grant from Minnesota State. Available free of charge for use in any setting. 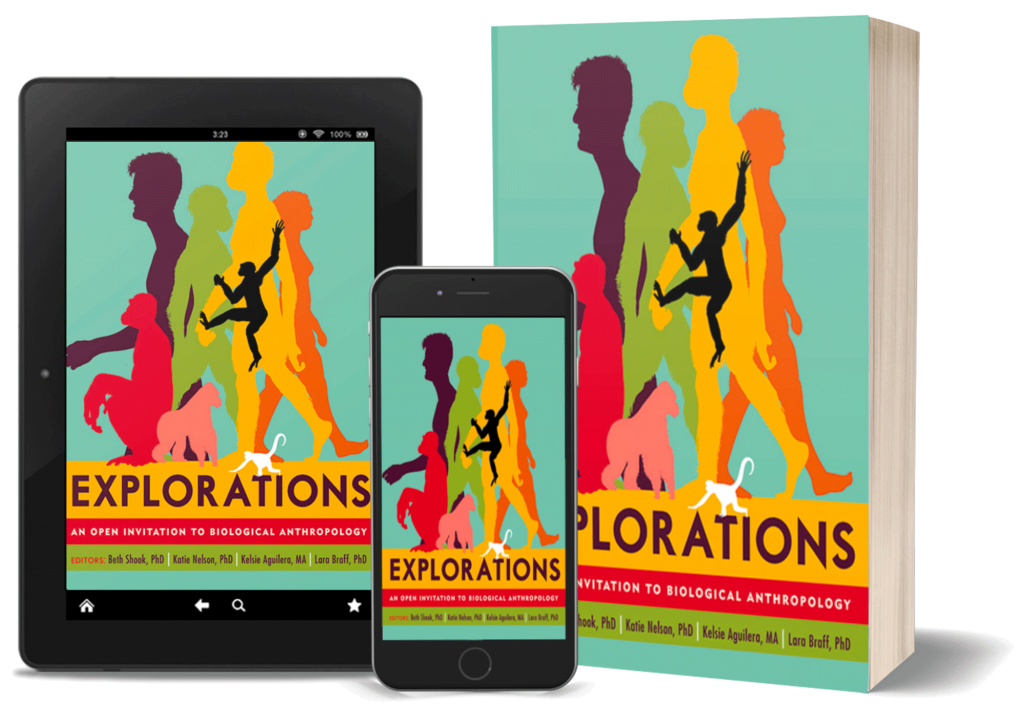 We are excited to offer this textbook to students. We firmly believe that everyone should be able to have access to high quality, up-to-date anthropological knowledge that is affordable (free), accessible, and understandable.

Katie Nelson, PhD, is an instructor of anthropology at Inver Hills Community College.

If you would like more information about this textbook or suggestions on how to launch your own open access textbook, feel free to email me at knelson@inverhills.edu (gp4548bx@minnstate.edu) or check out our textbook website: www.explorations.americananthro.org

I would like to thank Stephen Kelly as well as my co-editors, Beth Shook, PhD, Lara Braff, PhD, and Kelsie Aguilera, MA, for your valuable feedback crafting this article. I am honored to work with you all. 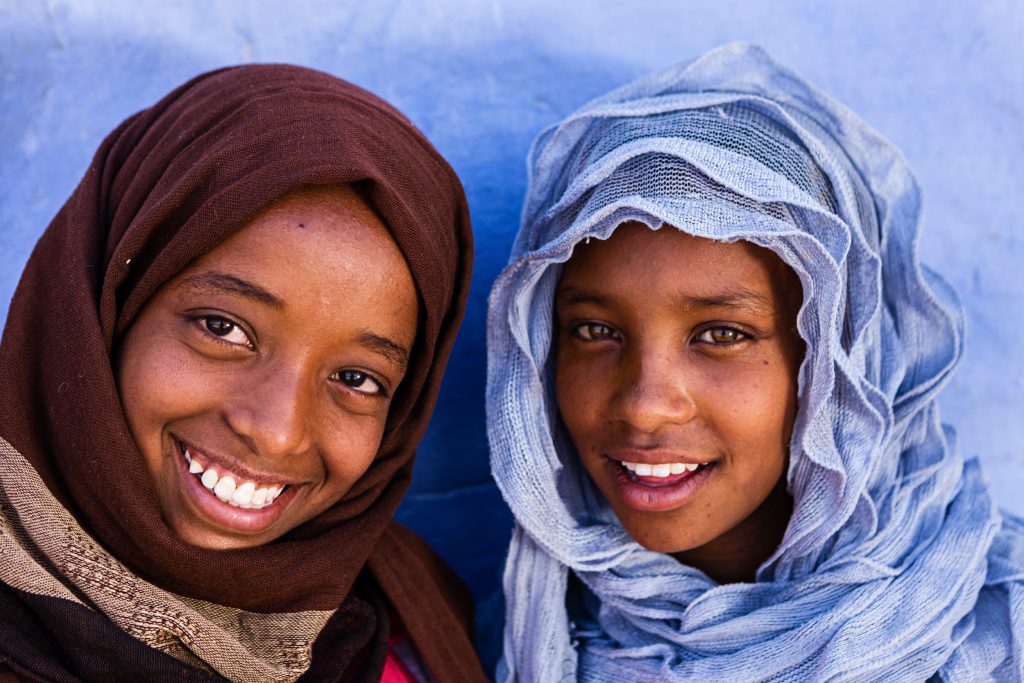 This A.A. with Emphasis program is designed to introduce you to the field of anthropology as a whole. The curriculum will encourage you to find your own anthropological direction while preparing you for a more rigorous future education.

Anthropology is the study of humanity. This comprehensive discipline is divided into four sub-fields, including archaeology, biological anthropology, cultural anthropology and linguistic anthropology. Connecting these sub-fields is a series of approaches that will inspire you to be comparative in scope, evolutionary in depth and holistic in perspective.

Learn more about Anthropology at Inver Hills by contacting: