Anelia McIntyre, 24, grew up hanging out with her four brothers in Ocho Rios, a port of call for cruise ships on the the north coast of Jamaica. “I liked being one of them,” Anelia recalled, “but as I grew older and became more involved with my religion, I made a personal choice to give up my life as a tomboy.”


Anelia went on to become a preacher with Jehovah’s Witnesses, a Christian nontrinitarian faith with 8.2 million members and nearly 120,000 congregations worldwide. Prominent Jehovah’s Witnesses include Serena Williams, Terrence Howard and Naomi Campbell. Dwight D. Eisenhower, Prince and Michael Jackson also followed JW teachings.
“I was raised a Jehovah’s Witness and was baptized in 2009,” said Anelia. She and her husband, Lakon, also Jamaican, belong to the Riverview Congregation in St. Paul. They preach together as a team, going door to door. “Preaching is my full-time job. Our main goal is to help people. Our message is one of love.”
After graduating from York Castle, a renowned high school in Brown’s Town, where she wore a uniform and belonged to the Cadet Corps, Anelia moved to the United States to study at Naugatuck Valley Community College in Waterbury, Connecticut.
“I was homesick a lot a first,” Anelia said. “I lived in a condominium and never saw anyone. That was hard for me. In Jamaica, everyone knows everyone. People are friendlier, warmer and more open. When you visit friends, you don’t call first—you just show up. Living in Connecticut was a big shocker.” 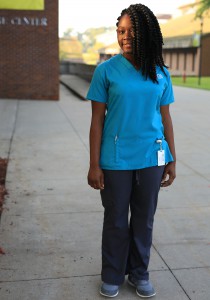 Bringing Jamaican culture to the U.S. is not always easy

“I remember walking into a full classroom,” Anelia said, regarding one of her first days at Naugatuck. “I naturally said, ‘Hello,’ to everyone. No one said anything. They just looked at me strangely. I went to my seat wondering if I had done something wrong. In Jamaica, it’s perfectly natural greet a group of people when you enter a room.”

Anelia soon discovered that being an international student at Naugatuck was very expensive, costing nearly $6,500 a semester. She eventually joined her future husband in Minnesota. Today, she is a sophomore at Inver Hills Community College on schedule to graduate with her Associate of Science (A.S.) in Nursing in May 2017.
She was first drawn to nursing as a high school student caring for her grandmother, who was suffering from heart failure and asthma. “I wrapped her legs for her because she couldn’t do it herself,” Anelia remembered. “Seeing the look of appreciation on her face made me feel all warm and fuzzy inside. She inspired me to serve others on a grander scale.” 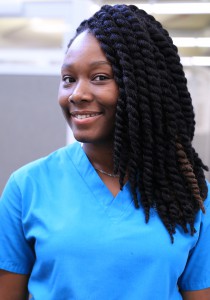 What has been your toughest challenge in life?
“Definitely getting baptized. That requires tremendous dedication. You are no longer living for yourself, but for Jehovah.”
What person has influenced you the most in your life?
“My mother, Barbara. She’s a devout Jehovah’s Witness and became a single mom after my dad died. She’s my role model. No matter how hard life is, she always finds a way to make it work.”
Three words that describe you as a college student:
Humble. Kind. Loving.

After graduating from Inver, Anelia plans to to pass the National Council Licensure Examination (NCLEX) and become a registered nurse. “I would like to work in a med-surg [medical-surgical] nursing unit in a hospital,” she said. “In med-surg you have to cover many different health care services, and your nursing skills are really put to the test.”
Earning her Bachelor of Nursing (B.S.N.) via the Minnesota Alliance for Nursing Education, or MANE program, is something she’s considering, but her priority is joining the health care workforce and advancing her calling as a preacher. Before starting college in the U.S., she earned a Hospitality Management certificate at the HEART College of Hospitality Services (HCHS), formerly the Runaway Bay HEART Hotel and Training Institute, in Runaway Bay, Jamaica.
Anelia is also looking at forensic nursing as a career option. Forensic nurses fill critical roles in the health care and judicial systems, working as sexual assault nurse examiners, nurse coroners, correctional nursing specialists, forensic psychiatric nurses, legal nurse consultants and more.
“That’s one thing I really like about nursing,” Anelia said. “The career paths are so diverse with so many different opportunities.” 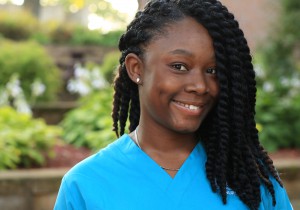 Anelia was awarded the Weyerhaeuser Foundation Nursing Scholarship. She received $6,000 over the course of two semesters. Preference is given to first-generation students and immigrants. Also considered are evidence of clear career goals and academic achievement, financial need and life circumstances, and honors, awards and campus community service.
“I was elated when I received the scholarship,” said Anelia, who was also awarded a $500 Dakota Electric Scholarship and a $1,000 Kopp Family Foundation Scholarship. She participated in Add It Up Scholarship program as well. Scholarships are awarded one per term. “Inver Hills over all has been a big help in my scholarly growth. At Inver, I feel like I belong to a family. Everyone helps you reach your full potential.”

To learn more about Nursing at Inver Hills, contact: