Inver Hills Community College received a $100,000 grant from the National Security Agency (NSA) and National Science Foundation (NSF) to host GenCyber summer cybersecurity camps for students and teachers at the K–12 level. Ben Franske, Ph.D., information technology faculty at Inver Hills, was instrumental in securing the grant funds. Ben teaches two A.A.S. degree programs at the college, Network Technology and Security and Information Technology Support. He views the cybersecurity camps as a perfect fit for the IT Education department’s mission and resources. 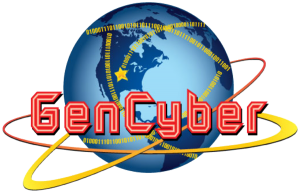 “In 2011, Inver Hills became the first community college in Minnesota designated a Center of Academic Excellence in Information Assurance for Two-Year Colleges by the NSA and Department of Homeland Security (DHS) to recognize our department’s leading-edge cybersecurity curriculum,” Ben said. “The college’s Cisco Networking Academy trains instructors from other two-years as well as four-year colleges and universities. We hosted the Cyber Aces State Championship in 2014. Inver Hills has national name recognition in IT education.”
Ben reported that Inver Hills will be hosting two GenCyber camps in summer 2016, one for high school students and one for high school teachers. He is writing the curricula for both camps and is looking forward to providing a series of hands-on labs as well as field trips to a data center at a local company or firm, where participants can talk to cybersecurity engineers in the field. Teachers assisting at the GenCyber student camp will receive a $500 stipend.

FREE for all participants

“GenCyber encourages younger students to consider careers in cybersecurity,” Ben said. “In the coming years, the cybersecurity field will need up to 600,000 new workers to fill critical jobs in the public and private sectors. 2016 marks just the third year GenCyber camps have been up and running. The camps are based on the same model as the NSA-funded STARTALK language camps that inspire students to study foreign languages, especially rarely taught languages.”
Ben added that the GenCyber camps are open to all student and teacher participants at no cost. During the camps, participants will receive a Raspberry Pi computer, a powerful mini-PC they can use to continue their cybersecurity explorations after the camp experience concludes.

What is the GenCyber program? 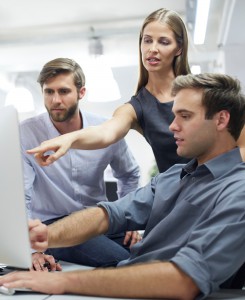 GenCyber’s mission is to grow the number of students studying cybersecurity in the United States. The program includes summer camps across the nation designed for elementary, middle, and high school students, and teachers. The camps focus on engaging the learners with sound cybersecurity principles and teaching techniques.

Ben was 26 when he earned his Ph.D. in Technology/Engineering Education from the University of Minnesota. He graduated magna cum laude with a B.S. in Telecommunications Systems from the University of Wisconsin, Stout, specializing in Training & Human Resource Development. While an undergraduate, he worked as a program and class/lab assistant. In 2006, he received his M.Ed. in Technology Education from the U of M. He started teaching at Inver Hills in 2009.
Ben’s a walking external hard drive of knowledge regarding computer networking technology and security. Yet he still spends three hours a day poring over IT news sources.
“Things change and change quickly in the IT field,” Ben said. “To succeed in IT, you need to have a passion for it. You need to be very committed to lifelong learning. You will do hundreds of hours of research and never stop learning. The whole world relies on IT.”