Andrew Martin, Ph.D., music faculty at Inver Hills Community College, has been traveling to Trinidad and Tobago, a twin-island nation in the Caribbean Sea near Venezuela, since 2005. Andrew is recognized in the music world as an authority on steelband, a musical ensemble that plays tuned percussion instruments called steelpans traditionally made from used 55-gallon industrial drums. Originating in Trinidad and Tobago, steelpan flourishes today as the country’s national instrument and the heart of a music scene that can turn whole neighborhoods into panyards. 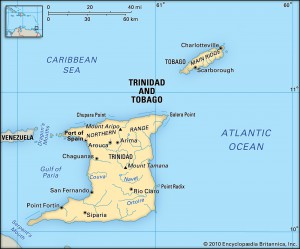 Steelpan musicians are called pannists, and pannists of all ages are everywhere on the two islands. Steelpan is the lifeline running through a cultural heritage that encompasses Amerindians, European colonization, cocoa and sugar plantations, slavery, rebellion and independence from the United Kingdom in 1962. With links to stick fighting and calypso music, early steelpan orchestras featured frying pans, dustbin lids and used oil barrels. Following the preferences and technical specifications of master pannists, many modern instruments are manufactured using sheet metal stretched and hammered in a process called sinking. 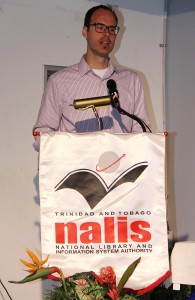 In January 2016, the U.S. Department of State working with the U.S. Embassy in Trinidad and Tobago commissioned Andrew Martin as a temporary diplomat tasked with the mission to build on cultural bonds between the two nations through the music of steelpan. Andrew’s public diplomacy involved presenting a series of lectures and demonstrations at K–12 schools and universities, including the University of Trinidad and Tobago and the University of West Indies—St. Augustine. He also presented at museums, the National Carnival Institute, and the National Library Information System, or NALIS.

“I served as a liaison and cultural advisor, and worked directly with embassy officials, including the chargé d’affaires, the top U.S. diplomat in Trinidad and Tobago,” Andrew related. “The Caribbean nation has strong strategic importance to the United States. The islands have immense oil and natural gas reserves adjacent to the Venezuelan oil fields. They are also situated in the Barbados shipping lane to the Panama Canal.”

An alumnus of the University of Minnesota, Twin Cities, Andrew Martin has a Ph.D. in Musicology/Ethnomusicology, an M.A. in Musicology and an M.M. in Percussion Performance. He completed his undergraduate work at the University of Wisconsin-Green Bay. In 2011, he served as an academic fellow at the Arbeitskreis Studium Populärer Musik held at the Institute for Musicology and Music Pedagogy, Osnabruck, Germany. At Inver Hills, Dr. Martin teaches courses in music history, music analysis and percussion. He also directs the Inver Hills African Drum and Dance Ensemble and the Inver Hills Steelband Ensemble. 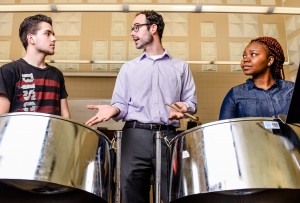 Dr. Martin’s extensive research is centered on the theory and analysis of American popular music as well as various aspects of Afro-Caribbean music and its phenomenal dissemination throughout North America and around the globe. His chief focus investigates the development of Trinidadian steelbands and pannists outside of Trinidad and Tobago.

Dr. Martin has lectured and presented all over the world, including the U.S., Canada, Europe, China and the Caribbean. His research has appeared in journals such as American Music, Pan Podium: The Journal of the British Steel Band Society and The Journal of New York Folklore as well as The Grove Dictionary of American Music. His book, Military Might, Melodious Music: The US Navy Steel Band 1957–1999, is set for publication later in 2016.

In addition to scholarship and teaching, Dr. Martin is an accomplished live performer of non-Western and Western music. He has shared the stage with many amateur and professional performing ensembles, including:

Dr. Martin has performed at a number of prestigious events, including:

To learn more about steelpan, you can read the following articles by Andrew Martin, Ph.D.:

Andrew’s diplomatic mission has branched out to include several projects in partnership with the U.S. Embassy in Port of Spain and the twin-island nation’s Ministry of Culture and Ministry of Education. Project goals focus on fostering enduring relationships, including musical and cultural exchanges, between K–12 and college-age students in the U.S. and Trinidad and Tobago.

“I’ve been collaborating with teachers and students at Bishop’s Centenary College, an all-girls school in Port of Spain,” Andrew said. “We’ve found that participating in steelband teaches young women a range of valuable soft skills that are transferable to their future occupations in the workforce.”

Andrew noted that steelpan performances showcase many instruments of varying pitch arranged in an ensemble or orchestra with different sections. Section leaders are responsible for making sure their pannists are working together as a team in harmony with the other sections.

“Steelpan is a tool for empowerment,” Andrew said. “We are showing our students how steelpan is teaching them leadership skills, team-building, problem-solving, critical thinking, clear communication, conflict resolution and much more. Through their musicality and cultural expression, something they do naturally, the students are gaining skills they can carry forward on their academic and career paths. We are looking at developing soft skills through musical performance as a long-range public health and education solution anywhere in the world.”

Looking to the future, Andrew has plans to have Inver Hills music students study abroad in Trinidad and Tobago. “The trip would be a wonderful multicultural experience for everyone involved,” he said, adding that the exchange of knowledge would be a boon for community college students thinking about professional careers in music.

Andrew is also starting a new community steelband in fall 2016. “Everyone is welcome to join,” he said. “Steelpan is so accessible by its very nature. I can teach someone, even someone with no musical experience, something to play on steelpan in an hour.”

About the A.F.A. in Music at Inver Hills 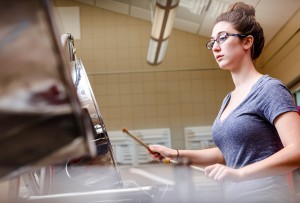 The A.F.A. in Music is designed to offer you two clear-cut options:

To earn your A.F.A. in Music, you will take 38 credits in music and 30 credits in liberal arts requirements. An internship in your final semester will give you hands-on experience in practical learning while teaching you important skills in networking, resume building, and applying for jobs, grants and exhibitions or to a four-year school.

To learn more about the Steelband Ensemble and A.F.A. in Music at Inver Hills contact: