David was born in Milwaukee, Wisconsin, and raised in a U.S. Air Force family. He graduated from Cudahy High School in Cudahy, Wisconsin, in 1965. David went on to earn an Associate of Arts (A.A.) from the University of Minnesota and, later in life, a Bachelor of Arts (B.A.) in Organizational Management and Communications from Concordia University, St. Paul. His professional career includes communications director and speechwriting positions at Cenex, Harvest States, Control Data and Land O’Lakes as well as director of Minnesota State Majority Research. He is a USAF veteran, having served four years in the 1960s.

Originally from Cannon Falls, Minnesota, Denise graduated from Cannon Falls High School in 1971. She earned a Bachelor of Elective Studies (B.E.S.) in Business/Political Science from the University of Minnesota. Denise’s professional career includes serving as assistant director of Minnesota State Senate Majority Research—that’s where she and David first met as coworkers. She worked for the Saint Paul Chamber of Commerce, overseeing Economic and Utility Research plus Community Affairs. Denise also served as executive vice president and CEO of the North Hennepin Chamber of Commerce.

“David had quite a fascinating career as a legislative and corporate speechwriter and communications professional,” Michelle said. “After he retired, he decided to complete his bachelor’s degree, which he earned at age sixty-five. David was inspired by the students he met at Inver. He and his wife, Denise, created the Karpinski/Anderson Scholarship to assist students who are holding down jobs while going to college.”

About the Inver Hills Foundation 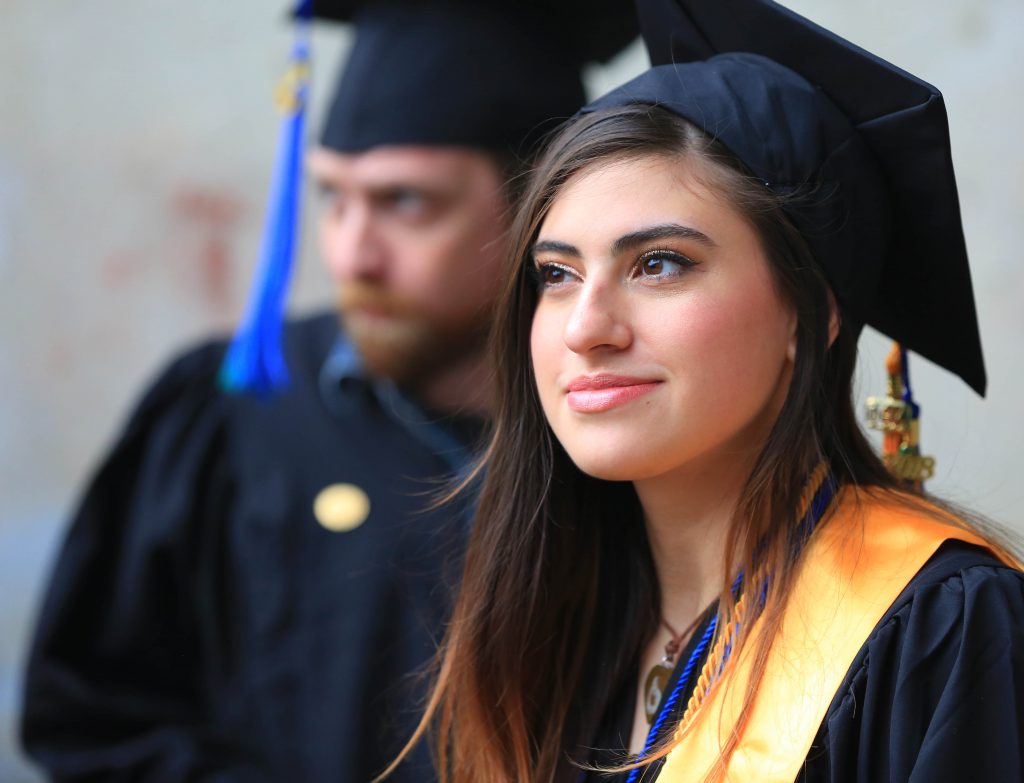 Why did you choose communications and speechwriting as your career?
DAVID: Language has always been of interest to me. During my first semester as the University of Minnesota, I took a journalism course—ended up as news editor for the Minnesota Daily—and the die was cast.

DENISE: With my emphasis on political science and business in college, the path through the legislature to Chambers of Commerce to small business ownership seemed a natural one.

How would you describe your experience as a student at Inver Hills?
DAVID: Keep in mind, I took just one classroom course (Psychology) and one CLEP Test (Sociology) to complete my B.A. I took these after I retired. Denise, by the way, had been encouraging me to finish my degree for quite some time. (She would probably say that is an understatement.) I found the structure of the classroom experience and the discipline needed to prepare for a CLEP Test were positives in making the transition from a very intense, high-pressure career to retirement.

I also enjoyed the interaction with young—and diverse—students. It was, in a word, energizing.

DENISE: I wasn’t the only one who was surprised at David’s easy transition to retirement. It was clear that almost immediately enrolling at Inver Hills eased the change. Just as clearly, David was enjoying both the classroom challenge and the opportunity to interact with a diverse range of students.

Three words that describe you as a communications professional:
CREATIVE. ACCURATE. CONFIDENT.

Why did you and Denise create the Karpinski/Anderson Scholarship?
DAVID: In my interaction with other students, I realized how challenging it was for those who had to both support themselves and, in some cases, their families, while trying to advance their education. There was one young man in particular, who was working two-part time jobs while attending class. He eventually dropped out—and I always thought of what a difficult choice that must have been.

DENISE: There were a couple of reasons. One, our daughter, Élan, had taken PSEO courses at Inver Hills, which both saved us about a year’s tuition and also resulted in her choice of majors.  She was going to an arts and technology charter school at the time, and we also thought the more structured approach at Inver Hills helped her prepare for the college classroom.

In addition, and this is just as important, Dave and I talked often about the difficulties facing students who had to work while attending school—particularly the young man who eventually had to leave Inver Hills. I often wished that we had been able to do something to help. One evening, I decided that we could do something going forward. I suggested setting up a scholarship for working students, and Dave immediately was on board. So, really, it was a way to acknowledge the positive experience our family had with Inver Hills.

What is one thing every speechwriter should know?
DAVID: Can I take three? One, know what your speaker is talking about. Put down, in a simple sentence, the one thought you want the audience to take away—and work from there. Two, remember that an effective speech demands both creativity and accuracy. Never sacrifice either for the other. Three, listen carefully to how the speaker talks; you need to write the speech in the speaker’s voice. Oh, and a final note, nothing beats alliteration in the listener’s ear.

Three words that describe you as a community leader:
ENERGETIC. FORWARD-LOOKING. ORGANIZER.

Of all the speeches you’ve written, do you have one favorite that stands out?
DAVID: I wrote a speech for Land O’Lakes CEO Jack Gherty celebrating the 35th Anniversary of VISTA. It enabled me to use imagery from his time as a VISTA volunteer. How often, as a business speechwriter, do you get to talk about elderly residents working to stay in their homes, single mothers with toddlers balanced on their hips and dour gang members all in one paragraph?

Why should college students work hard to improve their communications skills?
DAVID: Ultimately, how you communicate—verbal and written—will be important in how others define who you are.  Remember, you only get one chance to make a first impression and your communication skills will be a big part of that impression.

Why should Inver Hills’ alumni stay engaged with the college?
DAVID: Denise and I firmly believe that educational opportunity is the key to economic opportunity. So, anything you can do to help advance and expand that opportunity is a positive. Why not pursue that with an educational institution you already have ties to.

What person influenced you the most in life?
DAVID: That’s a pretty easy one. It would be Denise. Our marriage would be a prime example of a true partnership. We worked together at the Minnesota legislature, where we met. Over the past 40-plus years, we have shared the planning and decision-making process, every step of the way. And, they have been exciting steps. We not only worked together at the legislature, we owned and operated a bed and breakfast, independent bookstore and gift shop together. Perhaps more challenging, we raised a daughter together. One key has been our ability to recognize and respect each other’s strengths and divide responsibility accordingly.

More about David and Denise…

David and Denise have a daughter, Élan, 29, who recently completed her M.B.A. at the University of Southern California. Élan attended Inver Hills as a PSEO student and went on to earn a B.A. in Asian Studies and Chinese Language from Hamline University. David and Denise have a rescue dog named Wendy, 4.5., who was born in Turkey. Wendy is an African/Middle Eastern companion dog.

In his free time, David enjoys playing poker and cribbage. He blogs at BaseballRoundtable.com and drives a 1974 Triumph Spitfire during the warmer months of the year. Denise enjoys quilting, gardening and reading; she also loves dogs. David and Denise reside in Roseville, Minnesota.

Learn more about the Inver Hills Foundation by contacting: