The story of her life. Sort of

When Michelle Pepera went to the movies last Friday, it was a little bit like looking back in time. The story on screen in the new film Until Forever was pulled from her life, but it was a long-ago life, and she was a very different person then.

“It’s surreal, but in a good way,” said Pepera, who has been a nurse at North Trail Elementary School for the past four years and worked in the district for 10. “Our love story was great. He was such a great person.”

That love story is between Pepera—then Michelle Larson—and Michael Boyum. They met at her brother’s birthday party when she was 13 and he was 15. He asked her out, but they were kids. They did more hanging out than dating.

They stayed together through high school, though, and they fell in love. Michael was goofy and loving. He would take her on dates in a van decorated to look like a pig, something he had access to as part of his job with Lloyd’s Barbecue.
“When he gave his attention, it was like you were the only person ever,” Pepera said.

Pepera went away to Winona for college, but she didn’t stay away long. She struggled to keep her grades up in college, and wound up coming home to study nursing at Inver Hills Community College. Looking back, she believes her struggles were God’s way of telling her to go home.

That kind of faith is at the core of Until Forever, which the movie’s website says will “clearly communicate the hope we have in Jesus Christ.”

That faith was tested, too. Boyum was diagnosed with a rare form of leukemia in 1998, when he was a junior in college.
Pepera became one of his primary caregivers. She would attend classes during the day, work one of her two jobs and then go to his house. It was a full schedule, and Pepera isn’t sure now how she balanced it all, but she knew the man she loved needed her so there was never any question she would make it work.

In 1999, even as Boyum continued to fight his leukemia, the couple decided to get married. They only had six weeks to put together a wedding, but they got plenty of help. Pepera’s wedding dress was donated. So was their cake. They had donated dresses for her bridesmaids and tuxedos for Boyum and his groomsmen.

Pepera said she wanted to give Boyum something nice, a big party.

“We had been with each other,” she said. “We were the only ones. If this is something I can give him, why not?

Boyum died Oct. 17, 1999, just six weeks after his wedding. They had his funeral in the same church where they were married.

There was interest in the couple’s story almost immediately after Boyum’s death. A production company from South Dakota approached Boyum’s family to talk about doing something.

Nothing happened then, but six years later the same company produced a documentary that was meant to be the foundation of a feature film.

That film opened Feb. 12 at theaters in Oakdale, Lakeville and White Bear Lake. It was scheduled to run for a week in those locations. The film was reportedly the third highest-grossing last weekend at the Oakdale theater, beating out 14 others. It has been extended for a second week there, and if the reaction is good elsewhere, those runs could also be extended and the movie could go into wider release.

Pepera was involved in the production of Until Forever and was on hand for some of the shooting. She didn’t see the entire finished product until last week, but even seeing clips was an unusual experience. She’s glad the movie was made, she said, but it’s more complicated than that.

Pepera is married now, and she has two children with her husband. Her son is 7; her daughter is 2. The kids know about this friend their mother had before, but they don’t know the extent of that relationship. Pepera said she won’t let them see the movie until they are older and she can talk to them about it.
Pepera expected it to be difficult watching the movie, but she sees value in its message of faith.

“(Michael’s) faith was such a huge thing in his life,” she said. “If I can have someone become a believer because of my discomfort, it’s worth it.” 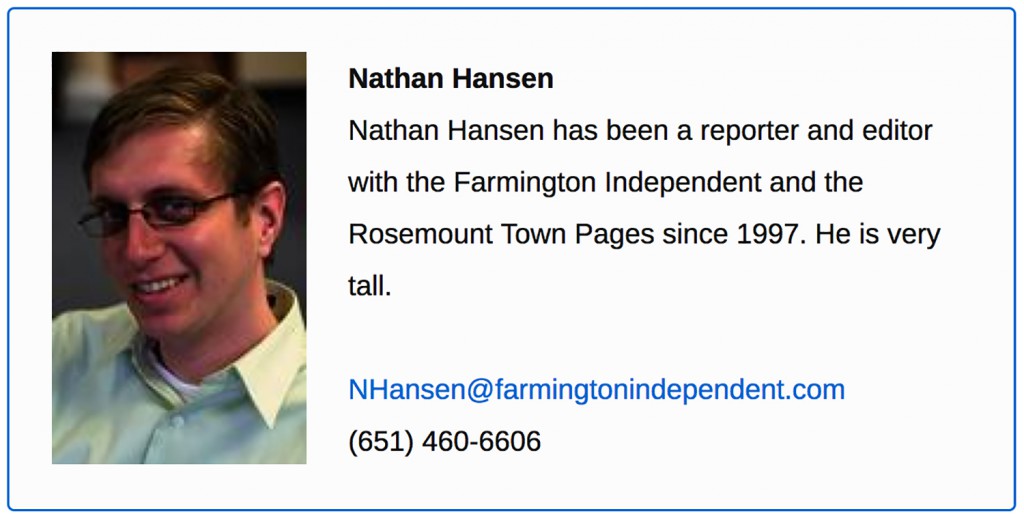 To learn more about Nursing at Inver Hills, including the Minnesota Alliance for Nursing Education (MANE) Bachelor of Science in Nursing (B.S.N.) and the Associate of Science (A.S.) in Nursing, contact: