Nintendo has beamed armies of augmented realities to everyday places, including many college campuses, with a smartphone app called Pokémon GO. The location-based game, which was released July 2016 for iOS and Android devices, sends players on single-minded quests to capture and train virtual Pokémon for battle against rival Pokémon, who pop up basically anywhere they want in the real world. The app leverages the camera and GPS capabilities of your ordinary smartphone.
The free-to-play game supports in-app purchases, including loading up on Poké Balls, which appear highly essential to gameplay. Pokémon GO added $11 billion to Nintendo market value in the first few days of the app’s release.

What are these quirky beasts called Pokémon?

Pokémon are fictional creatures that humans known as Pokémon Trainers catch and train to battle each other for sport. The Pokémon franchise includes 729 revealed species of the title characters. Pokémon can be organized according to a number of different attributes. — Wikipedia 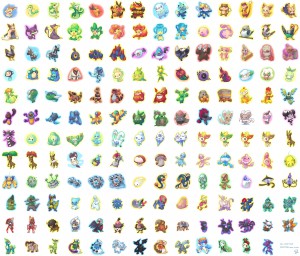 To learn more about a game that might take over the Inver mall, you can check out the following articles: