The Philadelphia Rainbow Pride Flag, or Philly Pride Flag, is flying over the campus of Inver Hills Community College during the month of June to celebrate Pride Month 2020. Michael Birchard, associate vice president of equity and inclusion at Inver Hills, reported that the college’s LGBT+ Club made the request to fly the rainbow flag because all planned Pride activities were canceled due to restrictions brought on by the COVID-19 pandemic.

Amy Zsohar, PhD, is an instructor in the Communication and Interdisciplinary Studies programs at Inver Hills. Amy also serves as the LGBT+ Club faculty sponsor.

“Inver Hills has a long history of working towards inclusivity. This outward sign of flying the Pride Flag during this Pride Month, and investing in the intersectional and inclusive Philly Pride Flag, is one more way this campus is showing its mission.

“Pride was started by a black trans woman, Marsha P. Johnson, who along with Sylvia Rivera, Maria Ritter, Stormé DeLarverie (to name a few) and other gender non-conforming people, sparked the Stonewall Riots in 1969, saying no to the police and police brutality.

“The Pride Flag was created with each color having a unique meaning. According to the website, LGTBQ Nation, the commonly recognized six stripes mean as follows:

Introduced in 2017, the black and brown stripes recognize the importance of racial diversity in the LGBTQIA community.

“This flag has been flown and seen as the common image of the Pride movement. The Philly Pride Flag was introduced in 2017 to bring forward the complicit racism that had become a part of Pride. In the fight for LGBTQ rights, people of color and their voices were pushed to the side. This updated flag, as explained by the Philadelphia article, ‘Philly’s Pride Flag to Get Two New Stripes: Black and Brown,’ is an ‘inclusionary way to highlight black and brown LGBTQIA members within our community.’

“The Inver Hills LGBT+ Club celebrates this Pride Month remembering we have the freedoms we do because black trans women stood up.” 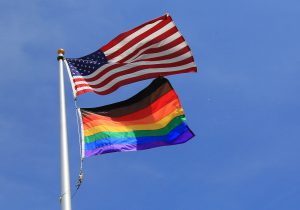 “In such tough and dark times, knowing I work somewhere that is willing to show support for intersectional and oppressed identities is deeply moving. For the month of June, we are asking the Inver Hills community to take photos with the Inver Hills rainbow flag, with their own flags and with flags around town using the hashtag, #InverPride.”

Ronnie Wakeen, 20, a sophomore at Inver Hills, serves as LGBT+ Club president. Ronnie is earning their Associate of Fine Arts (A.F.A.) in Theatre with plans to graduate in spring 2021. A native of West St. Paul, they graduated from Henry Sibley High School in 2018.

“I know I wasn’t the only one disappointed when the Pride events got cancelled. It’s pretty cool that we’ve found a way to still publicly celebrate what we, as a community, have been through. There’s also the normal visibility of the community during Pride Month, so I like that the flag is there to tell people, ‘We’re still here.’

“We’ve been making sure to come together as a club, too, with Zoom meetings and group texts. In the past, Pride events were a way for us to connect as a group, from marching in the parade together to visiting events all around the cities. I can’t imagine we won’t figure out our own little virtual Pride event sometime this month to keep us united as a community and a group.”

Every year, during the month of June, the LGBT community celebrates in a number of different ways. Across the globe, various events are held during this special month as a way of recognising the influence LGBT people have had around the world. Why was June chosen? Because it is when the Stonewall Riots took place, way back in 1969.

As well as being a month long celebration, Pride month is also an opportunity to peacefully protest and raise political awareness of current issues facing the community. Parades are a prominent feature of Pride month, and there are many street parties, community events, poetry readings, public speaking, street festivals and educational sessions all of which are covered by mainstream media and attracting millions of participants.

A St. Paul native, Kiesap Flores, 20, serves as LGBT+ Club secretary. Kiesap is studying music therapy at Inver Hills with plans to transfer to Augsburg University to continue his education in that field.

“Even though Pride has been cancelled for everyone, it doesn’t mean that we have to stop enjoying it. Our club will make the best of having no Pride, and having the Philly Pride Flag flying over our school is one way to say that we are here and we aren’t going anywhere no matter what the situation is—if Pride is cancelled or not.

Even during the times of an issue, we still hold our ground, and we always say the same thing every time we get into our meetings: ‘We are here; we are queer; we ain’t going anywhere. Time to get used to it.’ Our group was able to help spread the word of trying to make our voices heard. This is our way of saying that we will never be silenced.”

Center for Diversity and Equity at Inver Hills

Inver Hills Community College is strongly committed to excellence by including and integrating individuals who represent different race, ethnicity, gender, sexual orientation, socioeconomic background, age, disability, national origin and religion. Inver Hills does not only seek diversity, but also acceptance, appreciation, respect, and equality. Our campus community as a whole is committed to diversity and strives to create, promote, and sustain programs that further our understanding of individual and group diversity.

The Center for Diversity and Equity provides cultural programming and functions as a campus-wide resource on social justice issues. The office also serves as a support and resource for students from culturally and ethnically diverse backgrounds. Services include:

Become involved on campus. The LGBT+ Club exists to foster an atmosphere of acceptance and tolerance of diversity in sexual orientation, to combat homophobia, discrimination, and harassment in order to create a place of support, respect, pride and safety for all gay, lesbian, bisexual, transgender and questioning (GLBTQ) members and their supporters.

The Safe Space stickers signal that a space is welcoming, supportive and safe for all identities. At Inver Hills, these stickers allow staff and faculty to indicate that they are allies available to LGBTQ students.

Learn more about the LGBT+ Club at Inver Hills by contacting:

Learn more about the Center for Diversity and Equity at Inver Hills by contacting: 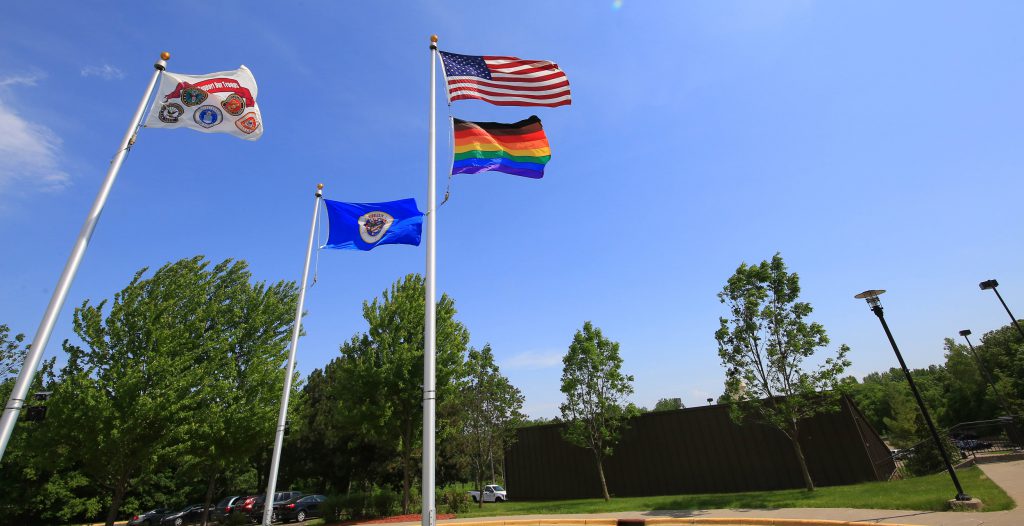