Sam Westlake, 18, of Farmington, Minnesota, attends Inver Hills Community College as a home-schooled Post-Secondary Enrollment Options (PSEO) student. Sam is focused on taking engineering courses at Inver Hills. After he completes his home-schooling in May 2018, he is considering going to Inver for a year before transferring to a four-year college or university—the University of Minnesota heads his list right now—to earn a B.S. in mechanical, aerospace or design engineering.

Joan Carter, PE, is Sam’s engineering instructor at the college. Sam took Joan’s Introduction to Engineering course in fall 2017 and is currently in her Statics course.

“Sam is a very talented and well-rounded student,” Joan said. “For his project in Intro to Engineering, he built an articulated leg—a leg that can walk—using LEGO Mindstorms. Programming proved more difficult than expected—the act of walking is very complicated. Think about it the next time you take a step, especially lifting your foot. Sam learned a lot doing this project. He is an awesome young man.”

Sam was intrigued by the idea of creating a functioning, programmable prosthetic limb out of LEGO building blocks. “I liked working against a deadline,” he said, “especially after I discovered emulating a walking motion was far more complicated than I thought. I really enjoyed the challenge.”

In November 2017, Sam traveled to the Johnson Space Center, the National Aeronautics and Space Administration’s legendary manned spacecraft installation in Houston, Texas, as a member of a four-student Experimental Team participating in a NASA pilot program called Student Opportunities in Airborne Research, or SOAR.  Sam’s team joined student teams representing universities from across the United States. Saint Thomas fielded the only high school team taking part in the pilot.

“Our team designed and built an environmental data recorder to track weather conditions experienced by a WB-57 aircraft during flight,” Sam reported. “We were invited to the Johnson Space Center to test the device. We watched the high-altitude aircraft take off and also got the chance to tour the center. The WB-57 flew our device payload to an altitude of sixty thousand feet. Our device recorded humidity, vibration, temperature and atmospheric pressure.”

Racing to the Shell Eco-marathon Drivers’ World Championship in London

“We created this year’s vehicle from scratch,” Sam said. “Our first racing competition took place in Detroit, Michigan, in April 2017 at the Shell Eco-marathon Americas.”

The races took place at the Cobo Center, a meeting and convention center on the city’s riverfront. Sam’s team won the battery-electric competition, posting the fastest energy-efficient driving time, and earned top honors as a peak-performance UrbanConcept Americas team. That victory gave Saint Thomas Academy the right to compete in the Shell Eco-marathon Drivers’ World Championship in London, England, at Queen Elizabeth Olympic Park in May 2017.

“We edged out a team from a polytech in France to take home the world championship,” Sam said. “Part of our prize was visiting Scuderia Ferrari headquarters in Maranello, Italy. That was the experience of a lifetime. We went to a gala in the Ferrari Museum, toured the Formula 1 facility and Ferrari factory, and raced our vehicle on Ferrari’s private race track.”

What would you say to someone thinking about becoming a PSEO student?
Absolutely do it! It is one of the most rewarding things I have done academically. PSEO is a great way prepare yourself for the college atmosphere.

What are your higher education plans after PSEO?
I am thinking about attending Inver Hills for a year before going on to a university, possibly the University of Minnesota, to get a four-year degree, hopefully majoring in mechanical, aerospace or design engineering.

What do you like best about engineering courses at Inver Hills?
I like the challenge! Knowing that I am taking these incredibly important classes while I’m still in high school makes the challenge seem that much greater, which I quite enjoy.

What is your philosophy as an engineering student?
Keep looking forward. Don’t dwell on the past. Failure is the only way to learn. It might be hard now, but sooner or later something is going to “click” and in that moment you will realize that you completely understand all of the material you’ve been struggling with.

Why did you choose engineering as a career path?
Technology has always fascinated me, but more than anything else I was exposed to the idea that I could design and build things far more interesting to me than something bought in a store. My father acquired a 3D printer when I was 13 or 14 and I have been hooked on “making” ever since.

What type of engineering interests you the most and why?
Aerospace and design engineering are tied right now. I have always had a passion for flight and the possibility of creating things that fly, but my CAD [computer-aided design] background is also making design engineering look very appealing.

What would be your dream job as an engineer?
Working for a top aerospace organization like Lockheed, Boeing, NASA, etc., or working with UAV (drone) companies.

Do you have a favorite engineer? If yes, who and why?
Leonardo da Vinci is my favorite engineer. He was never afraid to try things that others saw as insane. Additionally, I can find a lot of parallels to my own life in the way he designed and invented.

What is the meaning behind the Scuderia Ferrari logo?
Scuderia is Italian for “stable.” The term is linked to the prancing-horse emblem on the fighter plane of Italian WWI ace, Francesco Baracca, who was killed on a combat mission. Enzo Ferrari decided to use the prancing horse as the Ferrari logo after conferring with Baracca’s parents, who recommended the emblem for Scuderia Ferrari as a good-luck charm. 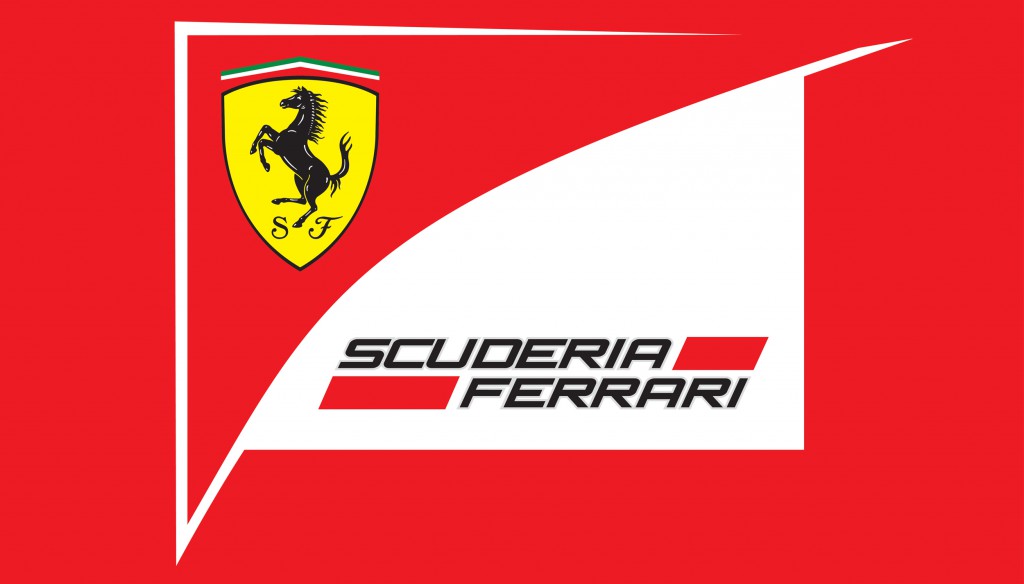 What person has influenced your life the most?
I don’t think I can pick just one! My family, especially my parents and grandparents, have really influenced me to be who I am. I am nerdy, but I’m also athletic. I love studying, but I also love the thrill of flying down trails on my mountain bike. My parents and grandparents have influenced me by allowing and encouraging me to spread my hobbies into many broad categories. 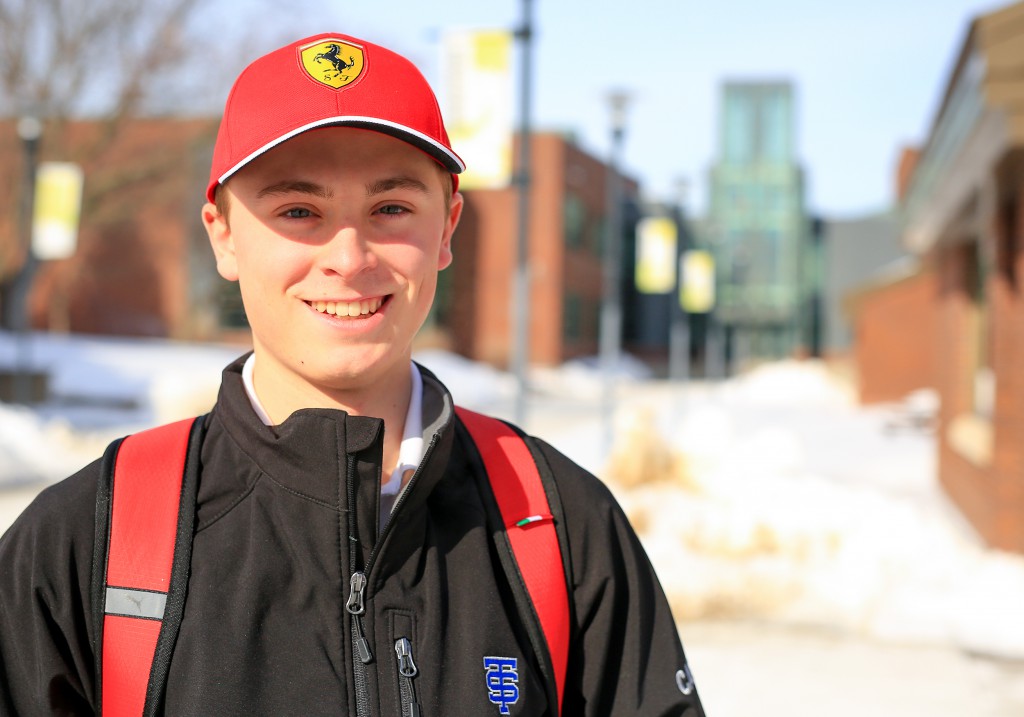 Sam Westlake belongs to the Engineering Club at Inver Hills. On Thursday afternoon, February 8, 2018, he gave a presentation about his NASA and Shell Eco-marathon experiences to a full classroom of fellow Engineering Club members as well as Joan Carter, the club’s faculty advisor.

Sam talked about his tour of the Johnson Space Center, the Saint Thomas Experimental Vehicle Team’s racing adventures in Detroit and London, and the team’s subsequent grand-prize visit to Scuderia Ferrari in Maranello, Italy.

To learn more about the Engineering Fundamentals program at Inver Hills, contact:

To learn more about PSEO at Inver Hills, contact: 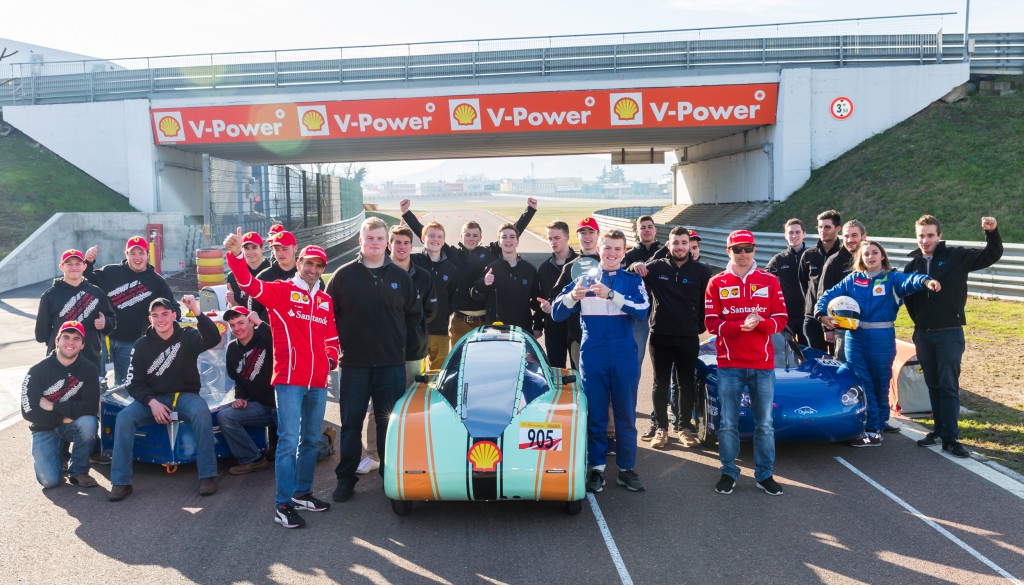