Student Life at Inver Hills Community College is partnering with the Minnesota Humanities Center to host the Why Treaties Matter Exhibit on the college’s main campus in Inver Grove Heights, Minnesota. The exhibit will run throughout spring semester 2017.

“We have twenty displays distributed throughout the lower level of the College Center,” said Nicki Bottko, associate director of student life. “The displays start in the cafeteria and you can pick up a copy of the map at that location or view online. You can also read the Educator Guides on the Why Treaties Matter website.” 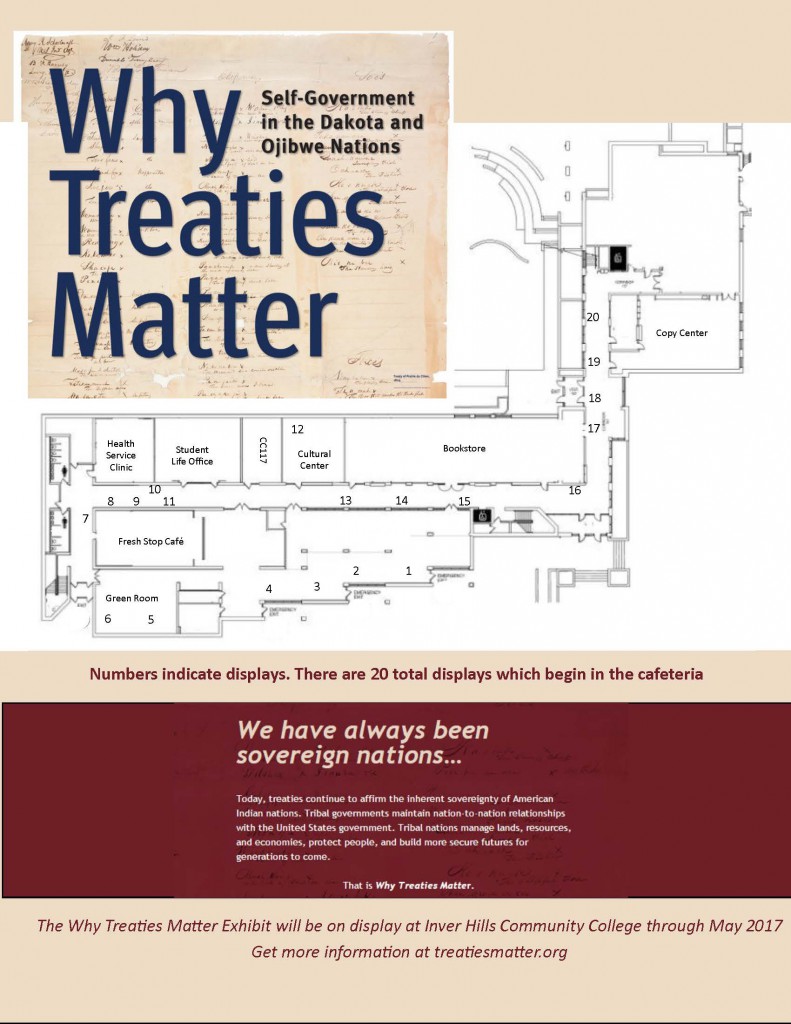 Nicki noted that interactive components will be added to the exhibit over the course of the semester. She encourages the campus community to check out the virtual exhibit at the Why Treaties Matter website.

To learn more about Student Life and the Why Treaties Matter Exhibit at Inver Hills, contact: 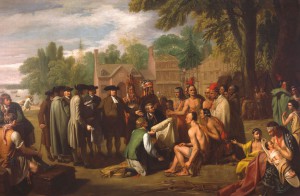 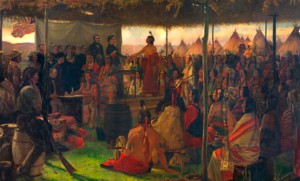 Francis Davis Millet, The Signing of the Treaty of Traverse des Sioux (detail), 1905.
Courtesy of the Minnesota Historical Society 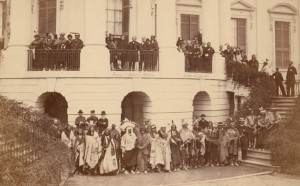 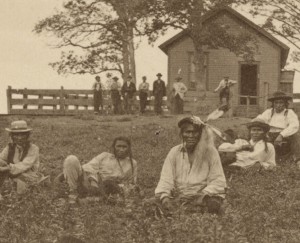 Ojibwe men at the White Earth Reservation in 1872, four years after the community was created. Named for the layer of white clay that lies beneath the land, White Earth became home to many Ojibwe bands from central and northern Minnesota.
Photo by Hoard & Tenney | Courtesy of the Minnesota Historical Society 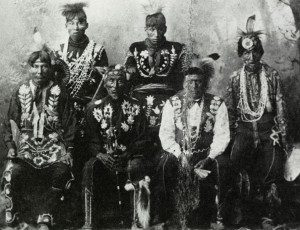