Andrew Martin, PhD, Music faculty at Inver Hills Community College, recently traveled to Antigua, one of two Caribbean islands that constitute the nation of Antigua and Barbuda. Recognized in the music world as an authority on steelband, a musical ensemble that plays tuned percussion instruments called steelpans, Andrew visited Antigua to conduct research on the influence of steelband music on virtually every aspect of island life and culture, including churches, schools, politics, tourism and civic organizations.

The national instrument of Trinidad and Tobago, a Caribbean island republic Andrew has visited numerous times, the steelpan is traditionally made from a used 55-gallon industrial drum. Steelpan musicians are called pannists. With links to Afro-Caribbean stick fighting and calypso music, early steelpan orchestras featured instruments made of frying pans, dustbin lids and used oil barrels. Following the preferences and technical specifications of master pan builders, many modern instruments are manufactured using sheet metal that is stretched, hammered and tuned.

“I’ve entered into a new phase of my research and am focusing on Caribbean music styles in the Caribbean diaspora, including steelpan, calypso and soca,” said Andrew, who has also traveled to London, New York City and Toronto as well as several Caribbean countries to advance his studies. “Caribbean music is played all over the world. I’m particularly interested in the connections steelbands have with government, religion, communities, culture and educational systems.” 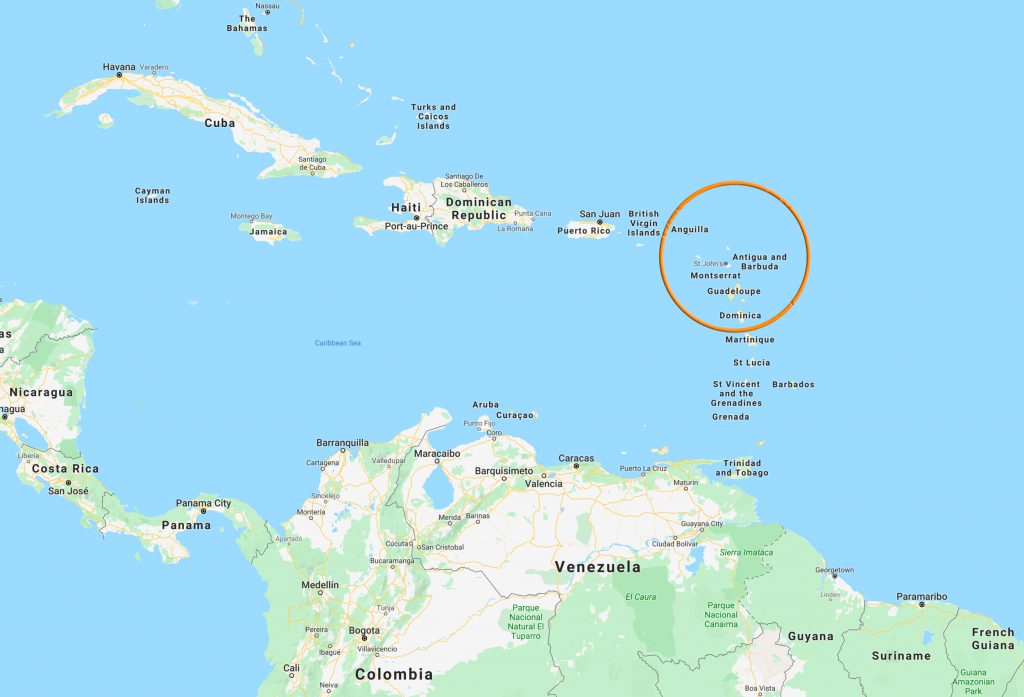 Dr. Martin’s research in his own words…

My current work explores the development of Caribbean music in the greater Caribbean diaspora—especially in London and Antigua—and the intersections between these music cultures and dominant economic and cultural forces the likes of the United States and European tourism.

Steelpan and steelband music, for example, have had a long and complex history in the United Kingdom and the Caribbean island of Antigua dating back over 65 years. In 2016, I began projects studying the development of steelpan and its associated culture (Calypso, Carnival) in the colleges/universities/schools in the Caribbean diaspora communities of the United Kingdom as well as the island of Antigua in order to compare them to the similar immigrant populations in Minnesota and the Upper Midwest.

Steelpan is the perfect instrument for teaching and learning in schools, colleges, and universities in the United States. It can be taught by rote, balances Western European, African, and Caribbean cultures, and offers equity and access to arts education for the broadest of student populations.

In my experience researching and playing in steelbands across the Caribbean as well as teaching at IHCC, steelbands emerge as an invaluable tool for teaching diverse range of student populations, including minority, low income, currently enlisted and veteran military students, and those with disabilities, PTSD, and other mental health issues.

In American academia, however, steelpan’s dynamism for teaching musical development, cultural expression, and cross-cultural understanding is often underutilized, stymying its effectiveness in college and university curriculums.

Beyond cultural expression, my research indicates that the steelband scenes in Antigua and the United Kingdom have pragmatic structures for teaching and learning that balance several culturally inclusive and relevant pedagogies. Steelbands were first introduced to British schools in the 1970s to support and promote Afro-Caribbean/African culture to the wider school population, and there are now more than 300 college, university, and community steelbands in the country.

Steelbands were first introduced to Antigua in 1945, and with focused efforts to engage youth participation most Antiguan steelbands are now comprised of nearly 50% membership between the ages of 17 and 23.

In American academia, however, steelpan’s dynamism for teaching musical development, cultural expression, and cross-cultural understanding is often underutilized, stymying its effectiveness in college and university curriculums.

I was recently awarded a sabbatical for academic year 2020–2021 and I intend to further explore the steelband scenes in the Britain and Antigua in context—at colleges, schools, communities, churches, and tourist areas—with the aim of chronicling their history and adapting these pedagogies for use in American college and university curriculums.

An alumnus of the University of Minnesota, Twin Cities, Andrew Martin, 40, has a Ph.D. in Musicology/Ethnomusicology, an M.A. in Musicology and an M.M. in Percussion Performance. He completed his undergraduate work at the University of Wisconsin-Green Bay. In 2011, he served as an academic fellow at the Arbeitskreis Studium Populärer Musik held at the Institute for Musicology and Music Pedagogy, Osnabruck, Germany.

Andrew’s extensive research is centered on the theory and analysis of American popular music as well as various aspects of Afro-Caribbean music and its phenomenal dissemination throughout North America and around the globe. His chief focus is investigating the development of  steelbands and pannists in the greater Caribbean and the Caribbean diaspora outside of Trinidad and Tobago.

Andrew has lectured and presented all over the world, including the U.S., Canada, Europe, China and the Caribbean. His research has appeared in journals such as American Music, Pan Podium: The Journal of the British Steel Band Society and The Journal of New York Folklore as well as The Grove Dictionary of American Music. His book, Steelpan Ambassadors: The US Navy Steel Band, 1957–1999, is available on Amazon and in college and university libraries.

In addition to scholarship and teaching, Andrew is an accomplished live performer of non-Western and Western music. He has shared the stage with many amateur and professional performing ensembles, including:

Andrew has performed at a number of prestigious events, including:

Learn more about steelpan by reading the following articles by Andrew Martin, PhD:

Originally from Green Bay, Wisconsin, Andrew is married and his wife, Andrea, is an attorney. Andrew and Andrea have three children, one son and two daughters. In his free time, Andrew enjoys cooking all kinds of food and rock climbing. He and his family reside in Minneapolis.

What is one thing every music student should know?
Music is fun, but not necessarily easy.

What is the most important attribute of a musician?
Listening

What do you like best about teaching music?
Teaching music allows me to look at reality, culture and people all at the same time.

Three words that describe you as a musician:
CURIOUS. DIVERSE. DISCIPLINED.

What is the most challenging aspect of teaching music?
Learning and solving how people with different natural abilities understand and relate to music.

What advice would you give students thinking of making music or music education their career path?
Music is a tremendously rewarding career not for the money, but for the love of playing and teaching.

Who is your favorite musician?
Right now I’m listening to solo violinist, Nathan Milstein, who is known for his interpretations of Bach’s works.

Three words that describe you as a music educator:
HIGH-ENERGY. PASSIONATE. ACCOMMODATING.

What is your greatest strength as a musician?
My ability to listen and also play with other musicians.

What is the greatest gift music has given you?
The ability to travel the world and make a career out of my passion.

One word that best describes your experience teaching at Inver Hills:

More about the A.F.A. in Music…

The Associate of Fine Arts (A.F.A.) in Music gives music students a strong foundation for transfer to a four-year institution. The degree also offer opportunities for hands-on learning in the music industry and establishing tangible connections to music industry professionals.

The program focuses on providing you with a holistic approach to music. Courses include music history, music theory, music performing ensemble, music industry, applied lessons and an internship that provides training in a specific area of focus. Students may be able to transfer with junior status to a four-year institution and/ or gain meaningful employment in the music industry. 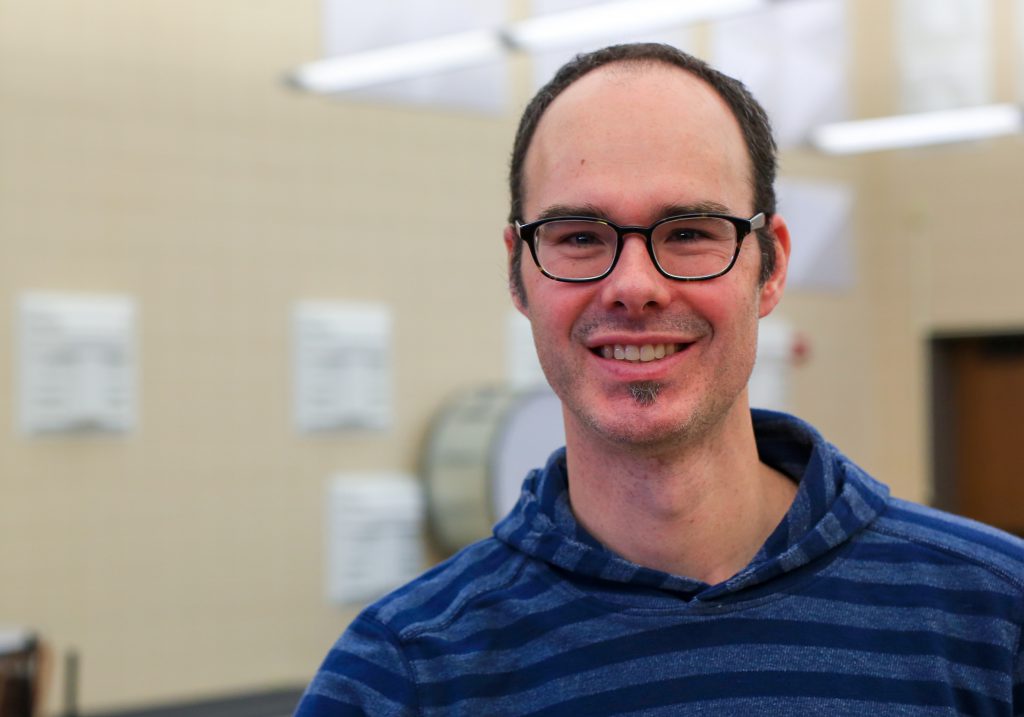 Learn more about the A.F.A. in Music at Inver Hills by contacting:

¹ Learn more about Dr. Martin’s trips to Trinidad and Tobago by reading “Music for Diplomacy” on Inver Hills News